Tommy van Rheeden
<< Back to index 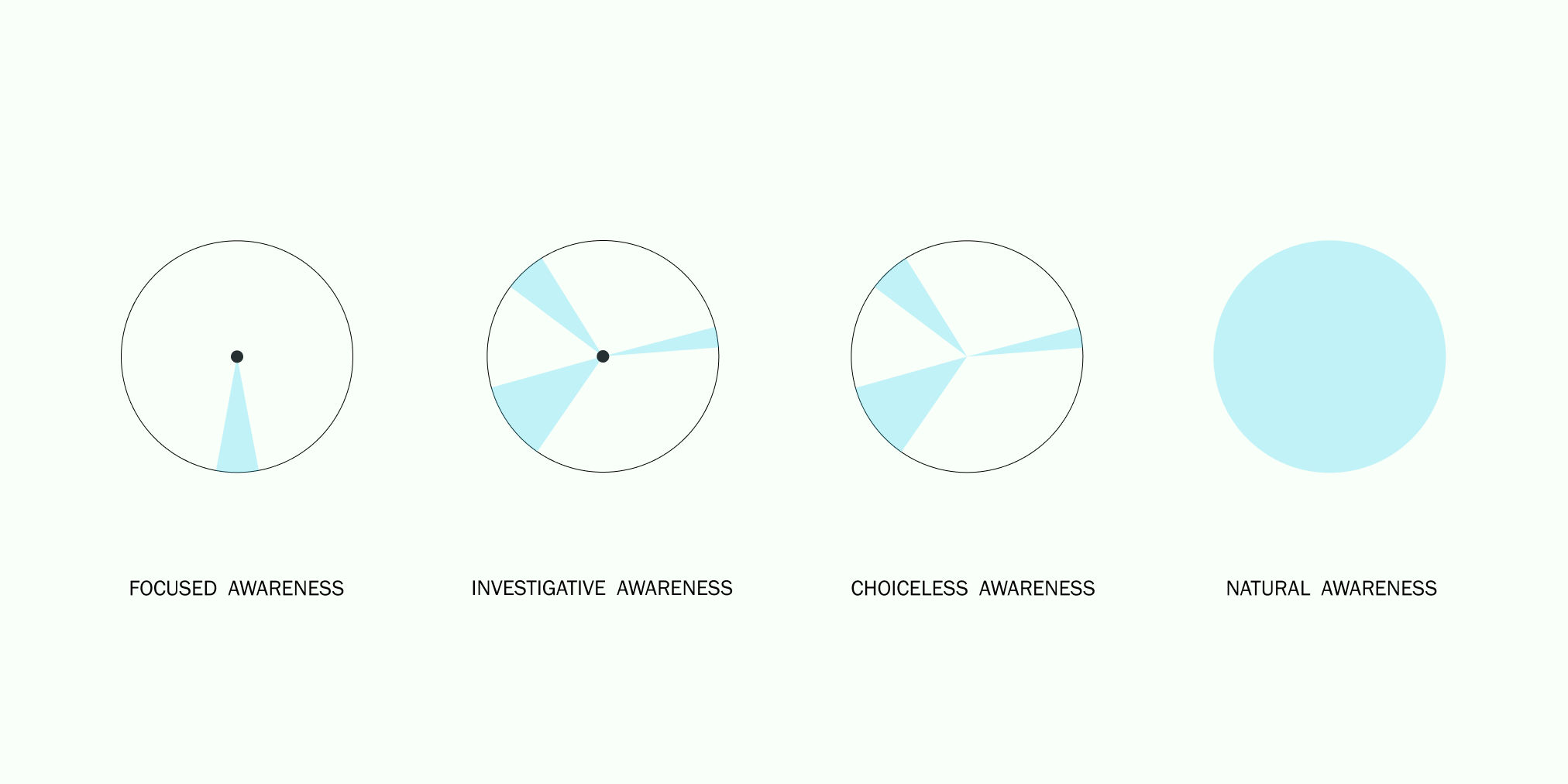 There's a new meditation track on Sam Harris' Waking Up App, called The Spectrum of Awareness (by Diana Winston).

I've tried to put the 4 phases, or states, of awareness into one simple visual.

The ray symbolizes the direction of attention.

The dot in the middle symbolizes the 'observer', the 'self'. Maybe it also visualizes the 'anchor' (an anchor is the object of meditation one returns to when 'losing attention').

I aborted the InDesign and Illustrator studies for a while. I realized that for the work I want to do I need to become really good in Figma and in Keynote. With those two tools I can do 99% of what I need to do. Illustrator will come after. The basics of InDesign are mastered, and whenever I need to produce a big work I can quickly recap and learn whatever I need to learn.

I might look for a good Figma and/or Keynote course tomorrow.